You are here: Home / Entrepreneurial / Athlete Branding – Developing a Memorable and Powerful Brand in a Niche Market 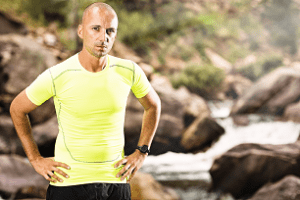 In the world of sports, it can be very challenging for an aspiring professional athlete, or even a well-seasoned one, to stand out from the crowd and have the opportunity to luxuriate from their success. As the movie Jerry McGuire successfully illustrates, the sports industry is cutthroat and remarkably competitive. Athletes are a dime a dozen – even ones who have had an accomplished professional career. However, there is a simple formula for success that every athlete who aspires to become more marketable should follow.

In order to become more marketable to businesses and organizations that are willing to invest in an athlete, the athlete must first develop a strong profile in a niche market. This concept basically implies that an athlete becomes an authority, well-known, and/or respected figured in a specific niche market. This market can include their specialization or a subdivision of it, such as a major race circuit or league.

Capitalize on Success by Developing a Powerful Personal Brand

Once the athlete starts to develop a strong profile in a niche market, they must then capitalize on their success by developing a powerful personal brand. Now this is the time that the athlete should be creative and where originality will make them more memorable. As we’re well aware, many of athletes all think the same and choose the safe route when it comes to personal branding as they’re afraid of alienating themselves from prospective partners.

While there is always the chance of this happening, an athlete is more likely to constrain their opportunities by not exuding their individualism and personality. Often times, the most original athletes are also the most memorable. This can include athletes that display a more colorful, controversial, eccentric, inspirational, and/or unconventional personality. Athletes such as Barry Bonds, Dennis Rodman, Mike Tyson, Evel Knievel, Lance Armstrong, Tiger Woods, Jesse Owens, Dean Karnazes, Nicole Gibbs, David Goggins, Shaun White, Dean Potter, and Heather Jackson are perfect examples of how distinctive traits of their character were utilized to create a bona fide brand.

Once a strong personal brand is established, the athlete can then build and expand their brand through several different verticals. One of the easiest and most useful methods to generate brand awareness is to leverage social media. With so many of social media outlets now available, an athlete’s overall reach is nearly unlimited. The athlete can target specific audiences – whether it’s their fans, supporters, and/or business opportunities.

The best way to capitalize off of social media is to have professional and streamlined channels that present the athlete in an utmost positive fashion. The social media outlets should include high quality images from competition, training, personal life, and commercial engagements such as work from professional photo shoots. The athlete should engage with their audience on a daily basis by posting updates, responding to comments, and providing fresh content.

The material posted should be relevant to the athlete’s brand and future goals. One of the greatest tools for an athlete to drastically grow their social media following is to constantly provide inspirational and original content. An athlete should always remember that their followers look up to them in one way or another. Many of the followers are living vicariously through the athlete, so the athlete should continuously post content that is stimulating. A great example is tennis star, Nicole Gibbs. Nicole Gibbs, also known as Gibbsy, was a two-time NCAA singles champion and graduated from Stanford University after only three years. She has stacked up prestigious international sponsors such as New Balance from her fiery passion on the court and her spunky personality off. Social media has helped launch her brand as she frequently tweets and posts insightful pictures. In additional to building brands, social media can help repair tarnished ones.

Examples of Re-building a Tarnished Brand

Take for example Michael Vick’s tarnished image. At one time, Michael Vick was one of the most famous athletes on the planet. Since his release from prison in 2009, he has leveraged social media to help shape the public’s perception of him, and ultimately, getting back into the NFL. Vick has been able to reconnect with fans and share his good deeds through social media – which has helped him turn his life around and open the door to a fresh start.

Another example would be Charlie Engle, one of the most accomplished ultrarunners in the world who was a crack addict that saved himself through ultrarunning and becoming an adventure-film star. Engle was convicted of mortgage fraud and sent to prison. However, he continued to leverage a very inspirational brand across the adventure and endurance sports industry. Since his release, Engle continues to inspire his passionate followers and has completely rebuilt his life on the world stage.

Another factor that athletes should always be aware of is that they must leverage their personal branding success into generating a return on investment (ROI) for their partners. An athlete can be a master at building a very powerful personal brand, but that does not guarantee that they’re going to continue enjoying all of the rewards that come with it.

The Importance of Maintaining a Strong Brand

Once an athlete builds a strong enough brand that garners the attention of businesses and organizations willing to invest in them, the pressure to maintain those partnerships increases astronomically. Once partnership and contractual agreements are in place, an athlete will constantly have to maintain certain standards or risk losing those opportunities.

This is why it is especially important for an athlete to constantly reinvent themselves and to not develop an insular mindset. An athlete that becomes static will quickly fade away. However, an athlete that is always looking for new and exciting opportunities to engage their fans and supporters, will continue to be memorable and in demand.

A successful branding campaign is absolutely crucial for an athlete to maximize opportunities off of their accomplishments and background. However, the approach to athlete branding should be taken with an open mind. Be original and have fun – and the world will be yours.

Richard Burgunder is an acclaimed entrepreneur and professional athlete with over 15 years of experience across the lifestyle sports industry. Burgunder has managed and served as a public relations liaison to over 50 professional athletes from nine countries. He was named one of the 45 Most Inspiring Men in the USA by The Platform Magazine Inspiring Men’s Special Edition Issue, named a Rising Star in Sports Business by Sports Networker, a featured entrepreneur in Sports Launch – The Magazine “50 Proven Ways to Break Into Sports,” and a featured sports entrepreneur on Beyond The Game Sports Talk Insider Series “Meet Richard Burgunder.” You can connect with Richard at http://burgunder.com/